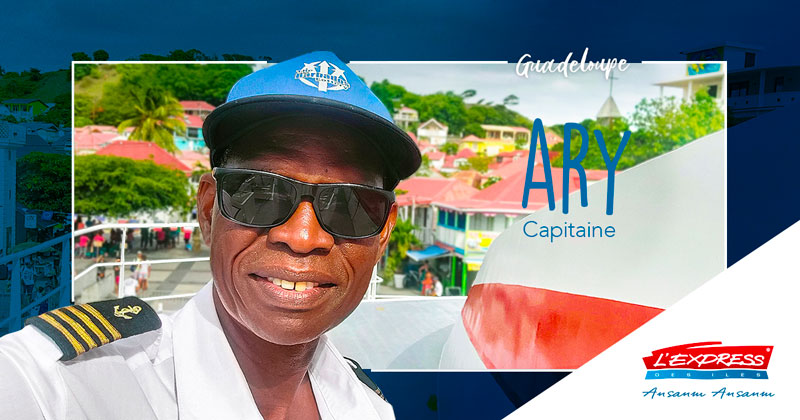 This week, we’re pleased to introduce you to Ary, the emblematic captain of the L’Express des Iles company!

Captain Ary CALME has been in charge since the creation of the company.

“In 1986, I was already a captain in the company formerly known as ATE before the name “L’EXPRESS DES ILES” was introduced in 2000. What I like about this job is the constant travelling and meeting people from different cultures. In particular, in passenger transport, I like to be at people’s service.”

The Captain’s Mission: He has full responsibility for the ship and its cargo. He is also the shipowner’s commercial agent abroad. It’s his job to make sure that all the safety procedures are followed.

“At the start of my career, I was so seasick that the ship’s captain told anyone who would listen that my mother had gone to see a quimboiseur (witch doctor) who had told her that I would work in a building one day. But she didn’t specify what kind of building! [A ship is also called a “bâtiment” (building)].”

To go to sea is to feel free!”